The history of the present capital of Uzbekistan, the city of Tashkent, began over 2,000 years ago. It was first mentioned in written sources found in China; it was called the city of Shi, Chzhemi, Yueni. It’s another name is related to the period of 2 - 1 centuries BC- Shash-Tepa (Chach-Tepa). In the early Middle Ages the city was called Binkent. However, since the 11th century the city has been known by its current name, Tashkent, which can be translated as “a stone city” (from Uzbek "tosch" meaning “stone”).
In the 4th -5th centuries there emerged the first urban settlement. In the burial mounds of that period the bronze mirrors, coins of different early DC countries were discovered.
In the 6th century Chacha (as it was called then) was taken over by the Turkic Kaganate, which later, in 7th century, disintegrated into small domains.
The next rulers of Tashkent were the Arabs who conquered the entire Central Asia. They renamed the city Binkent, and began to forcibly impose Islam by destroying the local culture. After two centuries of the Arab oppression, in the 9th century Tashkent was a part of the Samanid state. In the 10th -13th centuries it was under the rule of the Kara-Khanids and the Kara-Khitans (Hala Qidans).
In the early 13th century Tashkent was captured by Genghis Khan, after which the period of decline followed. However, due to the influx of new people Tashkent was growing. Already in the 14th century the city was conquered by Amir Temur (Tamerlane) and transformed into a major fortress of the Temurid state.
In the second half of the 16th century Tashkent became a part of the Bukhara Khanate, and in 1809 it was annexed to the Khanate of Kokand. It was during this period that the city grew up and became the largest center of trade with Russia. 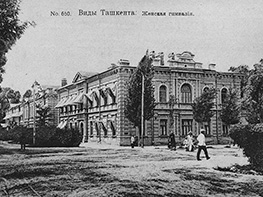 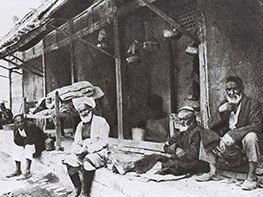 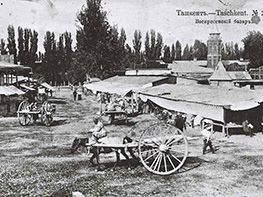 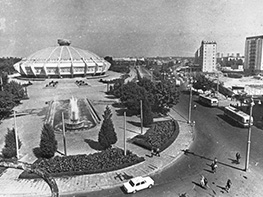 In 1865 Tashkent was taken by Russian troops like many other areas of Central Asia. Russian settlers began the construction of the so-called New Town. The channel of Anchor divided the Old and the New Towns. The Old Town was mainly inhabited by artisans and merchants, and the New City, built among gardens and fields, became the center of industry. At the same time Tashkent became the main city of Turkestan general-governorship.
After the October Revolution in Russia in 1917 Tashkent was declared the capital of the Turkestan Autonomous Soviet Socialist Republic. In 1924, together with the emergence of the Uzbek SSR, the status of the capital went to Samarkand, but in 1930 it was returned to Tashkent.
During the Great Patriotic War (Second World War) Tashkent became one of the evacuation centers. The defense industries of the city started growing very rapidly. Besides, theaters, movie studios, the leading figures of science and culture of Russia were evacuated there too. Later on, it all influenced the development of the city. During the war the city gave shelter to hundreds of thousands of people, provided them with food and homes. “Tashkent – the City of Bread’ was its nickname.
In 1966 the major earthquake devastated the most of the city. The rest of the USSR came to rescue and several years later the city was restored.
After gaining independence in 1991 Tashkent remained the capital of the Republic of Uzbekistan.
An interesting fact: In 1983 Tashkent marked its 2,000th anniversary. And in 2009, after the new archaeological research, it celebrated the 2,200th anniversary.
Today Tashkent is a city with more than 2 million inhabitants, one of the largest cities in Central Asia. Tashkent is a city of contrasts. There you can see the fusion of East and West: the bazaars and supermarkets, mahallahs and high-rise buildings and lots of other curious combinations.

More on History of Tashkent, Uzbekistan