Tashkent is by right called the cultural center of the Republic. In the capital there are many ancient monuments: mosques, mausoleums and minarets. It is impossible to imagine Tashkent without its bazaars. Bazaars can be found there in each neighborhood, but the most interesting and ancient of all is the Chorsu bazaar; if you haven’t visited it, you have no idea of what real Tashkent is.

Besides, one cannot imagine the list of Tashkent sights without very interesting museums such as: the State Museum of Timurids, the Museum of Arts of Uzbekistan where you can see not only the works of Uzbek artists but also the masterpieces of European and Russian artists; the Museum of History and the Museum of Applied Arts. 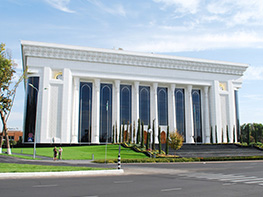 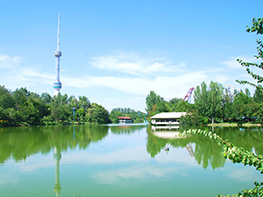 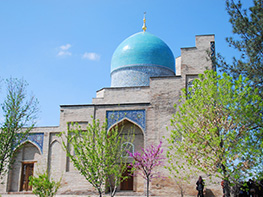 In Tashkent there are 11 theaters including the Bolshoi Opera and Ballet Theatre named after A. Navoi, the Uzbek Drama Theatre named after Hamza, the experimental theater Ilkhom. The capital is rich in public gardens, fountains and parks (including Tashkentland and aqua-park). The recent years have seen the emergence of a large number of different restaurants and nightclubs.
A few words should be said about the Tashkent subway. Tashkent subway is the only one in Central Asia and is considered one of the most beautiful and cleanest in the world; each station there is a work of art.
Interesting are the modern monuments: the main city square – Mustaqillik Square (Independence Square), and the tallest structure in Central Asia – the TV tower of Tashkent.